VANCOUVER, BC / ACCESSWIRE / January 24, 2020 FIORE GOLD LTD. (TSXV:F)(OTCQB:FIOGF) ('Fiore' or the 'Company') is pleased to announce that its financial statements and management's discussion and analysis for the fiscal year ended September 30, 2019, have been filed with the securities regulatory authorities and are available at www.sedar.com and on the Company's website at www.fioregold.com.

(all figures in U.S. dollars unless otherwise indicated)

Recorded annual revenues of $53.74 million with mine operating income of $11.97 million

91,672 man-hours worked in fiscal year 2019, achieving our goal of zero reportable incidents, zero reportable accidents, and zero lost-time injuries. As of the end of FY2019, the operation is at 1,230 consecutive days of attaining this Triple-Zero achievement.

Completed a 10,000 metre drill program at the federally permitted Gold Rock project in support of a Preliminary Economic Assessment ('PEA'). The PEA will be release in calendar Q1 2020

Prepared a detailed development plan for Gold Rock that lays out the drilling, metallurgical testing, engineering, state permitting, and other activities required to advance the project towards production, with anticipated construction decision by mid-2021

Installed primary crushing circuit on time and on budget at Pan Mine to improve recoveries and gold production, impact primarily seen in 2020

Recorded quarterly revenues of $12.55 million with mine operating income of $2.17 million

Tim Warman, Chief Executive Officer of Fiore, commented: 'The Pan Mine had another strong year with gold production up 21% and further growth expected in FY2020 from the newly installed crushing circuit. Cash flow from the Pan Mine not only funded additional resource expansion drilling to extend the mine life at Pan and partially funded the new crusher, it also allowed us to advance the adjacent Gold Rock project with a 10,000 metre drill program and a PEA that will be released in calendar Q1 2020. Our goal remains to have Pan and Gold Rock operate in unison, creating a multi-asset US gold producer with a track record of solid operating performance.'

Gold production of 41,491 ounces was 21% higher than production in 2018. Ore mined was relatively consistent year on year, but waste tons mined increased by 42%, reflecting an increased strip ratio of 1.8:1.0. The increased strip ratio, combined with higher processing costs relating to the crushing circuit, caused total cash costs and cost of sales per ounce to increase relative to prior year. AISC1 reduced at Pan and on a Fiore consolidated basis as the operating cost increase was offset by a decrease in capital expenditure. Sustaining capital was relatively minimal in 2019 compared to the $6.67 million spent in 2018, primarily on the leach pad expansion.

Q4 gold production was higher than the prior year quarter but was lower than Q3 2019. Production was impacted by lower gold grades in the second half of 2019 in line with the mine plan. Additionally, Q4 ore mining rates and placement of crushed ore on the leach pad were lower than planned as we worked to achieve consistent crusher availability and throughput. Positively, tons crushed per day consistently increased through the quarter. Q4 Pan and Fiore Consolidated cash costs1 and AISC1 increased relative to the prior year quarter for reasons consistent with the full year. We are currently in a high strip phase at 2.3:1.0 which significantly impacts operating costs. As the crusher worked through its commissioning in Q4, it also represented an investment in working capital as the impact of crushing did not have a material production benefit in the quarter. Operating cash flow was also impacted by the higher strip ratio and increased processing costs, in addition to $1.5 million of exploration expense. As the strip ratio reverts to the life of mine average of 1.6:1.0 or lower, and the production benefit of crushing ore increases, there is expected to be a positive impact on key cost metrics.

Cash costs per ounce came in at $899 per gold ounce sold, which was at the top of our guidance range. However, consolidated AISC and Pan Mine AISC per ounce sold were slightly above guidance ranges primarily due to an accrual for a company- wide incentive plan which was not contemplated in guidance.

The 2018 drilling program also highlighted several areas in the vicinity of the Pan North Pit where mineralization remains open with the potential to further increase the near-mine resource base with additional drilling. Numerous additional targets remain to be tested along strike from the existing Pan deposit. A drilling program was initiated at our Pan Mine in fiscal Q4 2019 aimed at further increasing the reserve base. The results of the first 26 holes of the program were reported on December 10, 2019 where we intersected new oxide gold mineralization, including 35.1 metres of 0.64 g/t gold and 38.1 metres of 0.79 g/t gold. Drilling will continue in calendar Q1 2020 and we anticipate updating the resource mid-2020.

The primary crushing circuit at the Pan Mine was commissioned in line with our schedule at the end of June 2019. We are proud of our ongoing track record of managing development and capital projects at the Pan Mine in a safe and timely manner. Metallurgical testing has shown that primary crushing will increase both the overall gold recovery and the rate of gold recovery. At the present ore mining rate of 14,000 tons per day, the crushing circuit will produce an estimated 6,000-7,000 additional gold ounces per year.

We have prepared a detailed development plan for Gold Rock that lays out the drilling, metallurgical testing, engineering, state permitting, and other activities required to advance the project towards production. The plan aims to arrive at a construction decision by mid-2021, assuming successful completion of these activities and a positive feasibility study. Based on its experience operating the nearby Pan Mine, the Company intends to proceed directly from the PEA to a Feasibility Study in order to shorten the development timeframe.

Revenue increased 21% in 2019 relative to 2018 due primarily to increased gold ounces produced and sold. Income from mine operations and adjusted net earnings were all relatively consistent with prior year. Profitability in 2019 was impacted by the increased strip ratio of 1.8:1.0 relative to the 1.2:1.0 in 2018 as well as longer ore hauls as the pits get deeper. Also impacting profitability were increased processing costs related to the crushing circuit and increased depreciation and depletion expense reflecting the higher depreciable asset base. The updated life of mine plan has a strip ratio of 1.6:1.0, with stripping expected to be above that level until mid-calendar 2020, then dropping below thereafter.

The cash balance increased relative to September 30, 2018 by $1.11 million. Cash increased despite investments in drilling at both Pan and Gold Rock, in addition to partial funding of the crusher capital. Cash flow from Pan continues to fund all internal growth initiatives.

Operating cash flow for 2019 was $4.47 million compared to $4.43 million in 2018. Operating cash flow in 2019 was similarly impacted by a higher stripping ratio, and higher processing costs related to the crusher. Cash flow from operations in 2018 also benefited by improved working capital with respect to reducing gold doré inventory and accounts receivable.

As of September 30, 2019, we continue to have a strong working capital surplus of $23.05 million, consisting of current assets of $29.61 million and current liabilities of $6.56 million. Refer to the Company's MD&A and Financial Statements for additional information.

Our corporate strategy is to grow Fiore Gold into a 150,000 ounce per year gold producer. To achieve this, we intend to:

grow gold production at the Pan Mine while also growing the reserve and resource base;

advance exploration and development of the nearby Gold Rock project; and

NEW YORK, New York - U.S. stocks weakened on Thursday but the biggest market-mover was the U.S. Dollar which soared ...

Hub for technology-based startups to be developed in Philippines 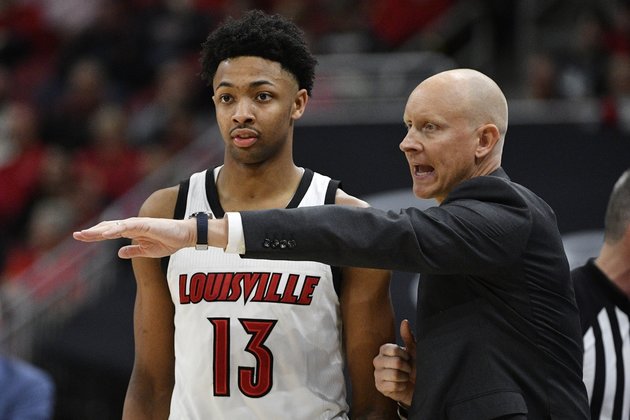 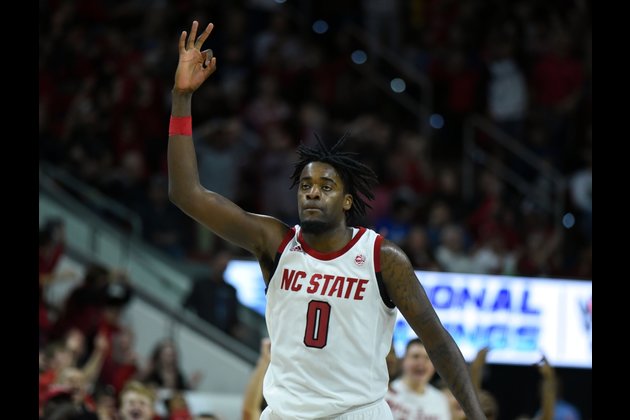 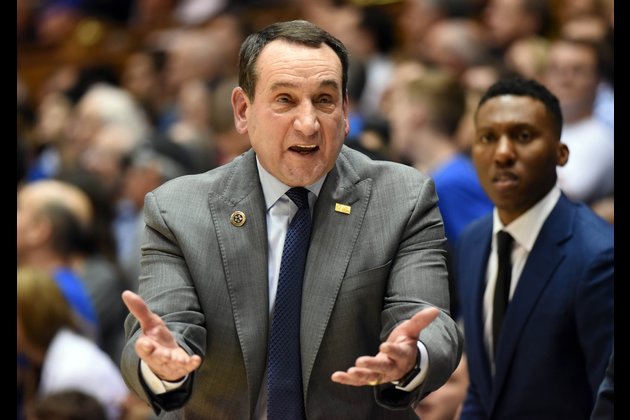 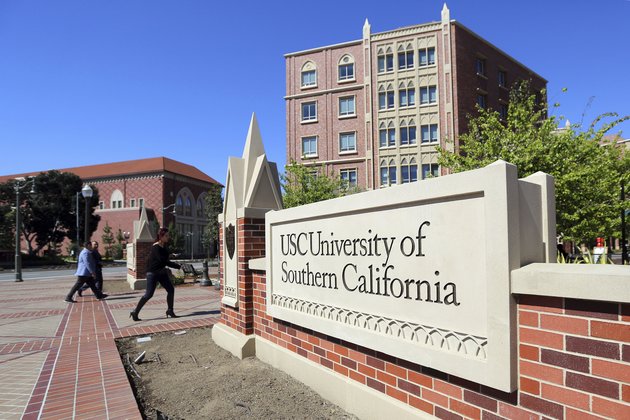 LOS ANGELES - The University of Southern California will phase in free tuition for undergraduate students from families with an ... 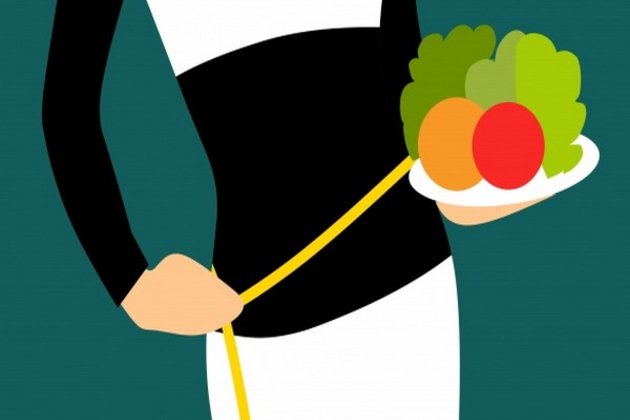 Washington D.C. [USA], Feb 20 (ANI): According to new research, intensive behavioural therapy from dietitians may be a very effective ... 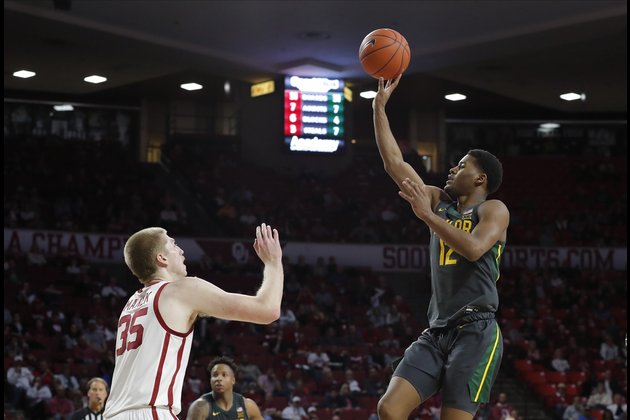